with Our Dental
Consultation 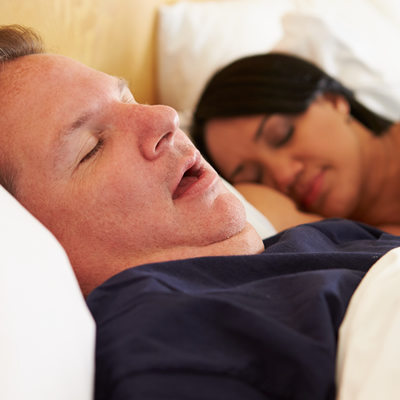 Are you groggy during the day? Does your partner tell you that you snore loudly? Do you often feel fatigued during the day? You may have Sleep Apnea, a potentially life-threatening sleep disorder in which the oral airway collapses during sleep. This stops and person from breathing and wakes them up. Thereby preventing them from getting rest and recovery.

What is Sleep Apnea?

Do I Have Sleep Apnea?

Snoring is the most common indicator of sleep apnea – the airway is partially obstructed while sleeping, resulting in stopped breathing for a few seconds. This lack of oxygen alerts your brain and you temporarily wake up to restart breathing.
However, as this delay is a brief one, most people don’t remember how many times they woke up during the night, causing drowsiness and fatigue during the day.

Some of the symptoms of Sleep apnea include:

Prior to any treatment of a sleep disorder, a person should get a sleep study. The most accurate way to evaluate a persons sleep patterns and ensure all other health concerns are addressed is by a sleep study in a sleep center. This is known as a diagnostic polysomnography.

Who is at Risk of Sleep Apnea?

There can be a variety of reasons behind sleep apnea – ranging from obesity, diabetes to even excessive alcohol usage. Obstructive sleep apnea, if left untreated can worsen and cause more consequences than just troubled sleep, including:

Check out http://healthysleep.med.harvard.edu/sleep-apnea/ for more info.